Olga Balbocean (Ballet, Acting for Dancers) graduated from the Moldova Academy of Ballet Dance (Russian Vaganova Method) and the University of Musical Theatre and Fine Arts in Chisinau. She was a participant and was awarded the Diploma of the First International Festival of Classical Dance "Chisinau- 1998" honorary diploma of the world famous artist Sergei Diaghilev. Moreover she took part and was awarded a Diploma at international competitions in Austria and Romania. Upon graduation she was a soloist with the Moldova National Opera and Ballet in Chisinau and the Principal Ballerina of the Grand Theatre Ballet Russe in the United Kingdom. Olga also danced with the ballet company Crown of Russian Ballet in Moscow. Ms. Balbocean toured and performed many times in the biggest and most prestigious venues in the following countries: United Kingdom, Scotland, Wales, Germany, Russia, Greece, Austria, Ukraine, Belgium, Romania, the Netherlands, United States of America and Switzerland. For several years she worked as a dancer and guest teacher for the Moscow Ballet in the United States. In parallel with her ballet career Olga has always participated in the preparation of children for dance competitions and for their annual exams. She has been invited to give master classes in several dance schools in Europe. From 2009-2021 Olga founded and managed her own Ballet School in El Paso, TX. During these very successful years Olga’s Russian Ballet School achieved many recognizable awards. She was nominated and awarded an Outstanding Teacher Award in the Youth America Grand Prix semifinal Ballet Competition in Dallas, 2014, and her students won the prestigious Hope Award Youth America Grand Prix in 2014. Ms. Balbocean has been asked many times by the Bolshoi Ballet Academy to teach their Summer Intensive audition classes in Texas. Currently she works as balletmaster with the Dallas Conservatory. 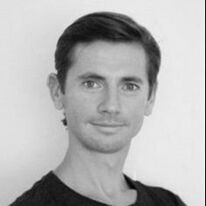 ​Alexandru Glushacov (Character) has over 20 years of experience as a professional dancer. He trained at the Academy of Ballet of Republic of Moldova. Upon graduation, he joined the National Theatre of Opera and Ballet of Republic of Moldova where he quickly became a first soloist dancer. He later moved to Moscow and joined the Russian Classical Ballet and then the Russian State Ballet. With these companies he toured extensively throughout Europe and the United States. Mr. Glushacov has danced around the country as a guest artist including with Colorado Ballet. His repertoire includes soloist and principal roles in ballets like Swan Lake, Romeo and Juliet, The Nutcracker, Sleeping Beauty, Giselle, Don Quixote and many others, as well as contemporary performances. As an instructor, with over 15 years of experience, he has successfully staged full length ballets and coached variations for competitions. His students have been accepted to major classical Summer Intensive Programs and to professional companies around the country. Mr. Glushacov has a degree in pedagogy in dance from the Academy of Music, Theater and Fine Arts, Moldova. 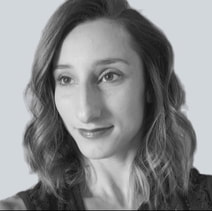 Candice Barth ( Jazz) is a dancer, teacher, and choreographer from Denver, CO.  She graduated Summa Cum Laude from the University of Arizona with a BFA in Dance and a minor in Business. During her time in Arizona, performed Sanguinic Principal in Balanchine's The Four Temperaments and was chosen by Anne Reinking to be her demonstrator for the Annual Jazz Showcase Dance Festival. She began her professional career in 2011 performing with Artifact Dance Project in a production that toured China. She was also a guest artist with Aspen Santa Fe Ballet’s The Nutcracker and performed jazz repertoire with Sam Watson at The Kiel Festival of Dance in Kiel, Germany. She was a founding member of Wonderbound in Denver, CO performing collaborative works created by Garrett Ammon. Upon returning to The University of Arizona to earn her MFA, Candice has had the opportunity to perform First Violin in Balanchine’s Concerto Barocco. She has also performed in contemporary ballet masterworks such as Darrell Grand Moultrie’s Boiling Point, Alexei Ratmansky’s Bolero, Jessica Lang’s Among the Stars, and Nacho Duato’s Na Floresta. Candice has been a dance instructor in the collegiate, studio, private and intensive settings, including the Vail Dance Intensive in Avon, CO. Through a learner-centered approach, she emphasizes teaching methods that allow her students to value their own bodies and minds in a safe and healthy way, ultimately fostering their own appreciation and passion for the art of dance. She is passionate about dance education and was invited to present her research on teaching Generation Z in the new era of dance education at the National Dance Education Organization 2018 National Conference. As a choreographer, Candice fuses her love of research with her creativity in dance to produce pure, informative, engaging, and sophisticated work. She appreciates the power of collaboration and strives to work with different artists and dancers throughout her creative processes. 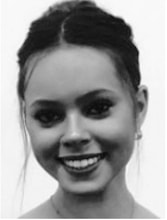 Marcelina Lancaster (Elementary Ballet) is originally from Miami, Florida. She began her training at the early age of four at South Florida Ballet. From there she moved on to Miami City Ballet School where she studied for a year before moving to Colorado. In Colorado, she continued her training at Colorado Ballet’s academy for about five years. Marcelina has also spent summers at Miami City Ballet, Colorado Ballet, and Pacific Northwest Ballet. During her two years in Colorado Ballet’s Pre Professional Trainee Program she had the opportunity to perform in the Snowflake Corps with the company during The Nutcracker. Marcella joined Ballet Ariel immediately after graduating high school as an apprentice for the 2018-2019 season where she performed along the company in A Tale of Molly Brown, The Nutcracker, Ballerinas by Degas, Swan Lake, and Mother Goose Fairy Tales. She is excited to start with Ballet Ariel as a company dancer this upcoming season. 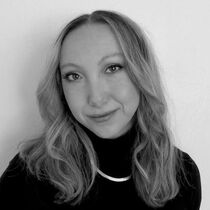 Audrey Zluticky (Children's Camps) is a new addition to the DBT family, she'll be starting off our summer season with new fun themed Dance Camps! She also teaches Tap, Ballet, PreBallet, Musical Theatre Jazz, Contemporary Dance, and Yoga for Dancers throughout the Denver area! She has been dancing since she was nine years old and participated in Jazz competitions throughout California. After volunteering at local elementary schools and museums, she went on to earn a Bachelor’s Degree in Art History at Loyola Marymount University in Los Angeles and received certification in Yoga at Wild Rose Studio in Chiang Mai Thailand. Audrey’s teaching philosophy has always been strongly rooted in collaboration, celebration, self expression, and community connection! She is thoroughly excited to continue creating with the amazing dancers here at DBT, no matter where they are on their artistic journey!

Pam Gleave (Tap) grew up in Salt Lake City, Utah and couldn't wait to start dancing!  At the age of 7, she stepped into her older sister's tap shoes, began taking lessons and fell in love with dance.  She danced at her local ballet school throughout high school and started teaching tap at the age of 17. While pursuing a degree in Elementary Education at Westminster College, she continued to pursue her dance education at the University of Utah.  She had the opportunity to work with some of the great tap masters; Al Gilbert, Charles Kelley, Roland Dupree, Joe Tremaine, Debbie Dee, Savion Glover and many more.  After moving to Denver with her husband, she owned and operated her own dance school in Englewood, CO for nine years.  Her students gave benefit performances, competed in many competitions and traveled out of state.  It was at this time that Pam and her family were blessed with their only child, Hallie.  Pam continued to teach all ages of dancers in the Denver metro area, and in January of 2010, she started teaching with the Academy of Colorado Ballet and is now so very happy to be teaching with Denver Ballet Theatre Academy. ​